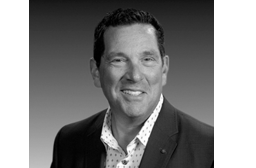 Michael is the President and Chief Revenue Officer at Omega Healthcare. Prior to its acquisition by Omega Healthcare, Michael was the Chief Executive Officer of himagine solutions, formed in 2014. Prior to himagine, Michael formed The Outsource Group, a provider of revenue cycle outsourcing services to hospitals, and served as its Chief Executive Officer.

Michael began his career in operations management and moved into more strategic roles related to partnerships, acquisition, new products, and international market development. Among his many accomplishments, Michael received the Ernst & Young Entrepreneur Of The Year® 2011 Central Midwest Award in the Health Care Services category. He holds a Bachelor of Science in business administration from Ramapo College of New Jersey, a Master of Public Administration from Rutgers University, and a doctoral degree ABD in management from Webster University.